This is an edited version of Sara’s final blog written for the Extremism Commission blog: 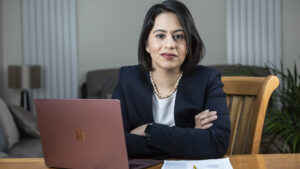 My final report as Commissioner highlights the achievements of the Commission over the last three years.  I am extremely honoured to have led the Commission for Countering Extremism.  When I started, I had two members of staff and a blank sheet of paper! Since then, I am proud to say the Commission has grown to become an authoritative, independent, expert body on both extremism and counter-extremism, driving forward innovative thinking and engaging widely across the country with thousands of people.

In my time as Lead Commissioner, we have made a valuable contribution to the debate around counter-extremism. When I was appointed my primary goal was two-fold: firstly, to ensure national counter- extremism policy stood on a firm, evidence based and robust foundation, with a clearer and narrower understanding of extremism which was able to build consensus. Secondly, to chart a path for the Government to demonstrate how it is possible to counter extremism while ensuring protection of our civil liberties and fundamental freedoms; values which are central to our democratic society. And that is precisely what the Commission has achieved.

I along with my team have travelled across the breadth of the country, meeting members of the public, faith leaders, those working in the CE space and public bodies. I have learnt a great deal from critics and supporters alike and from counter-extremism experts, and have been inspired by the many stories from members of the public who shared with me how they countered extremist activity in their local area, not because they had to but because they knew it mattered.

In this time we have published three flagship reports, ‘Challenging Hateful Extremism’ which evidenced a distinct type of extremism ‘hateful extremism’ outside of terrorism and the societal harm it is causing; ‘Covid-19 – how hateful extremists have been exploiting the pandemic’ and finally our most recent report ‘Operating with Impunity’ which identified how extremists are able to operate lawfully under existing legislation, and therefore the urgent need for a new legal and operational framework to tackle the distinct threat of hateful extremism outside of hate crime and terrorism.

I want to thank all the people who have engaged with me, who contributed to the work of the Commission and supported me throughout my time as Commissioner.  I look forward to seeing the Commission continue to drive counter extremism work, strengthening and protecting our country’s democracy.

Today is my last day as Commissioner. I am however excited to announce that I am starting a new role as the Prime Minister’s Independent Adviser for Social Resilience and Cohesion.  In my new role I will be helping the Government to better understand how we can strengthen societal and institutional resilience to extremism, how to reduce its impact on communities and local areas, and identify what more can be done to protect and support victims of extremism and the work of counter extremists.

I look forward to starting my new role, and wish the Commission the best of luck in continuing its important work in tackling extremism.